Costa Rica was inhabited by an estimated 400,000 Indians when Columbus explored it in 1502. The Spanish conquest began in 1524. The region grew slowly and was administered as a Spanish province. Costa Rica achieved independence in 1821 but was absorbed for two years by Agustín de Iturbide in his Mexican empire. It became a republic in 1848. Except for the military dictatorship of Tomás Guardia from 1870 to 1882, Costa Rica has enjoyed one of the most democratic governments in Latin America.

In the 1970s, rising oil prices, falling international commodity prices, and inflation hurt the economy. Efforts have since been made to reduce reliance on coffee, banana, and beef exports. Tourism is now a major business. Oscar Arias Sanchez, who became president in 1986, was awarded the Nobel Peace Prize in 1987 for his role in negotiating settlements to both the Nicaraguan and the Salvadoran civil wars.

José Maria Figueres Olsen of the National Liberation Party became president in 1994. He opposed economic suggestions made by the International Monetary Fund, instead favoring greater government intervention in the economy. The World Bank subsequently withheld $100 million of financing. In 1998, Miguel Angel Rodríguez of the Social Christian Unity Party became president, pledging economic reforms, such as privatization. In 2000, Costa Rica and Nicaragua resolved a long-standing dispute over navigation of the San Juan River, which forms their border. A psychiatrist, Abel Pacheco, also of the Social Christian Unity Party, won the presidency in elections held in April 2002. In May 2003, several national strikes took place, by energy and telecommunications workers over privatization, and by teachers over their salaries. 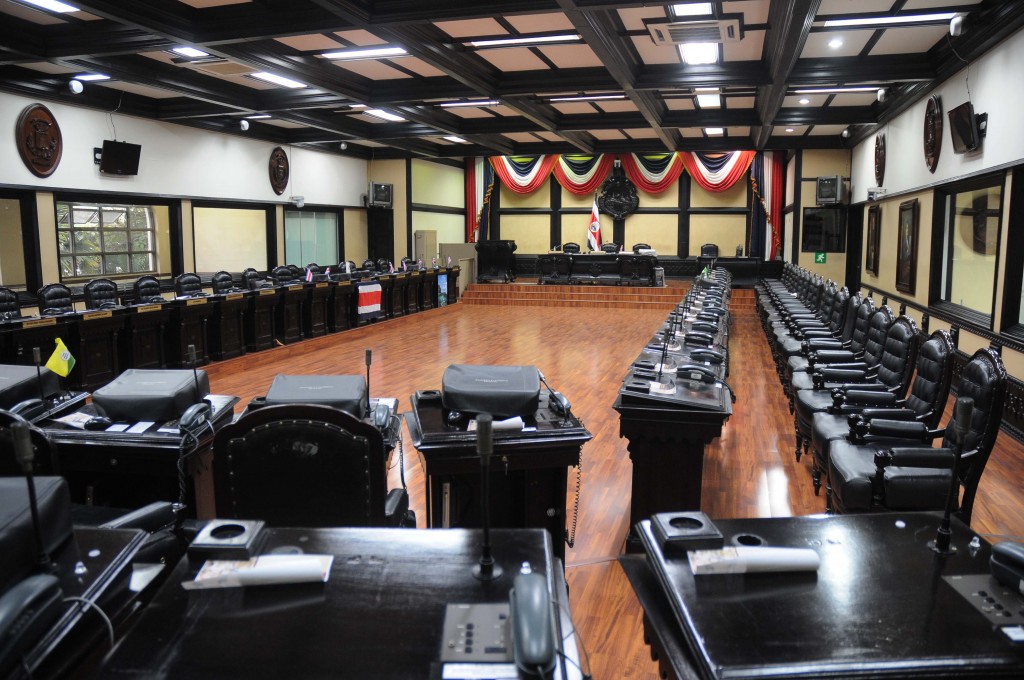 Costa Rica has a reputation as one of the most stable, prosperous, and least corrupt Latin American countries. In 2006, Óscar Arias Sánchez was elected president. Arias, who had served as president once before (1986–1990), won the Nobel Peace Prize in 1987 for fostering peace talks that eventually ended the civil wars in El Salvador and Nicaragua.

Unlike many of their Central American neighbors, present-day Costa Ricans are largely of European rather than mestizo descent; Spain was the primary country of origin. However, an estimated 10% to 15% of the population is Nicaraguan, of fairly recent arrival and primarily of mestizo origin. Descendants of 19th-century Jamaican immigrant workers constitute an English-speaking minority and—at 3% of the population—number about 119,000. Few native Indians survived European contact; the indigenous population today numbers about 29,000, less than 1% of the population.