The United States and Costa Rica have a history of close and friendly relations based on respect for democratic government, human freedoms, free trade, and other shared values. The country consistently supports the U.S. in international fora, especially in the areas of democracy and human rights. Costa Rica co-sponsored the Resolution on Cuba at the 60th session of the UN Commission on Human Rights. Law enforcement cooperation, particularly efforts to stem the flow of illegal drugs to the U.S., has been exemplary.

The United States is Costa Rica’s most important trading partner. The U.S. accounts for over half of Costa Rica’s exports, imports, and tourism, and more than two-thirds of its foreign investment. The two countries share growing concerns for the environment and want to preserve Costa Rica’s important tropical resources and prevent environmental degradation.

The United States responded to Costa Rica’s economic needs in the 1980s with significant economic and development assistance programs. Through provision of more than $1.1 billion in assistance, the U.S. Agency for International Development (USAID) supported Costa Rican efforts to stabilize its economy and broaden and accelerate economic growth through policy reforms and trade liberalization. Assistance initiatives in the 1990s concentrated on democratic policies, modernizing the administration of justice, and sustainable development.

The United States and Costa Rica signed the bilateral Maritime Counter-Drug Agreement, the first of its kind in Central America, which entered into force in late 1999. The agreement permits bilateral cooperation on stopping drug trafficking through Costa Rican waters. The agreement has resulted in a growing number of narcotics seizures, illegal fishing cases, and search-and-rescue missions. 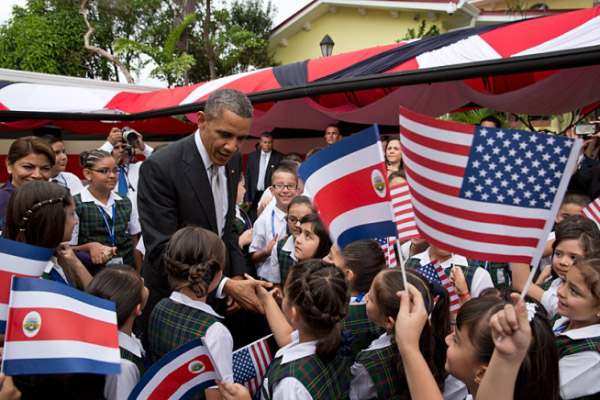